Walking in Ullswater, the Lake District

Some of the most spectacular walking routes in the Lake District National Park can be found in the Ullswater Valley. Noted for its dramatic mountain scenery and arguably the most beautiful lake in England, popular routes include the circular walk of Hallin Fell affording spectacular views over Ullswater, the family-friendly footpath between National Trust Aira Force and Glenridding and the lakeshore path between Howtown and Glenridding (both of which form part of the Ullswater Way), or the short yet delightful walk around the unmissable waterfalls of Aira Force itself.

There are miles of bridleways and footpaths in and around Ullswater, many of which can be accessed using a Ullswater ‘Steamer’. From the might of the Helvellyn mountain range at the southern reach with some of Wainwright’s most famous walks such as the exciting scramble along Striding Edge, to the remote valley of Martindale – home to the native red deer population – which offers access to an expanse of seldom-walked fells, there’s a wealth of both low-level and more challenging walking opportunities to suit all levels of hiker.

Walking in Ullswater with WishTrip

WishTrip is an online platform that acts as an interactive visitor guide for visitors to attractions and landmarks all over the world.

We have set up a site on WishTrip, helping visitors bring to life some of the most beautiful walks to be found in the Lake District.

Walking around Ullswater between our piers

The waymarked Ullswater Way is a 20-mile round the lake footpath linking all four of Ullswater ‘Steamers’ piers. The route can be walked from any starting point, in either direction, and is often divided up into shorter sections. These sections can be found below and offer the perfect opportunity to combine your walk with a trip on an open-top bus or a 'Steamer'.

The short circular walk up to Lanty's Tarn from Glenridding is incredibly rewarding and offers wonderful views of the Ullswater Valley, as well as a glimpse of Helvellyn (the third highest mountain in the Lake District and England) upon descent. This route offers a sense of peace and serenity and is a great way to experience some of the best that Glenridding and Patterdale have to offer, without taking all day!

Often referred to as the gateway to the Martindale valley, Howtown is a beautifully secluded area that is a walker's paradise, with access to several stunning walking routes suitable for all levels of walker.

The circular walk up Hallin Fell from Howtown provides stunning views toward both ends of the lake and is easily accessible from our pier.

The beautiful village of Pooley Bridge sits on the northern shore of Ullswater and has a wide selection of walking routes to choose from.

Those looking for a quick stroll may opt for the circular walk up Dunmallard Hill, a 30-minute forest trail up the distinctive hill that sits above our pier.

Pooley Bridge is also within walking distance of Dalemain Mansion and Lowther Castle, each connected by two extensions of the Ullswater Way, the Lowther Castle Loop and the Dalemain Loop.

Whether you choose the circular route around the waterfall or a visit to Glencoyne Bay to see Wordsworth's daffodils, Aira Force and the surrounding area play host to some of the most beautiful and historic routes in the valley.

Keep your eyes peeled for our special 'Wordsworth Trail' in partnership with Wordsworth Grasmere, coming soon to our WishTrip site...

The Ullswater Way Heritage Trail has been inspired by the heritage trust, Friends of the Ullswater Way, who have worked with local artists and craftspeople to create a series of installations around Ullswater.

Each installation celebrates an aspect of the Ullswater Valley’s heritage in harmony with the natural Lake District surroundings. Look out for the Poetry Stones, Dorothy Gate, Wainwright Sitting Stone, Roman Seat and many more. 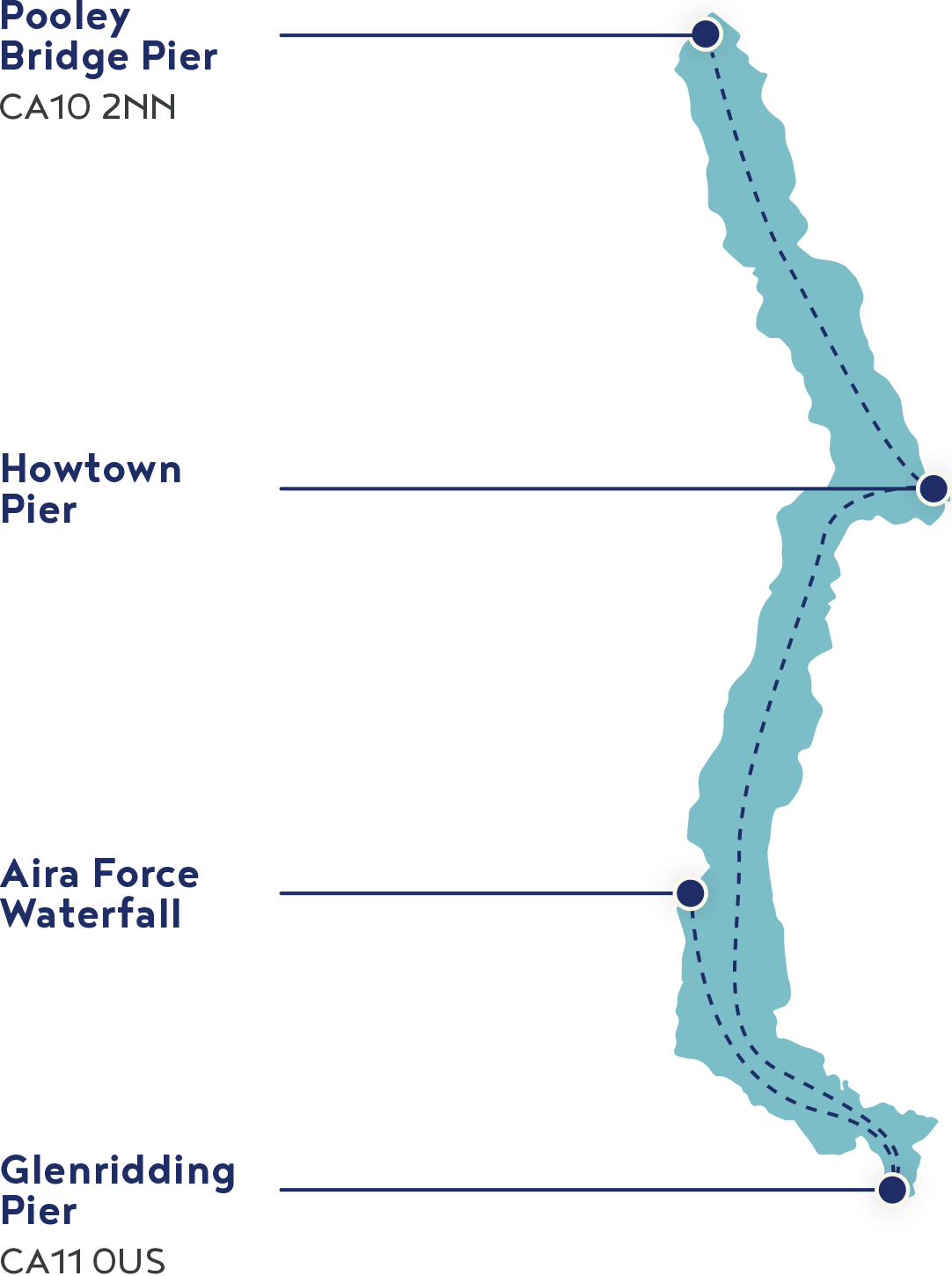